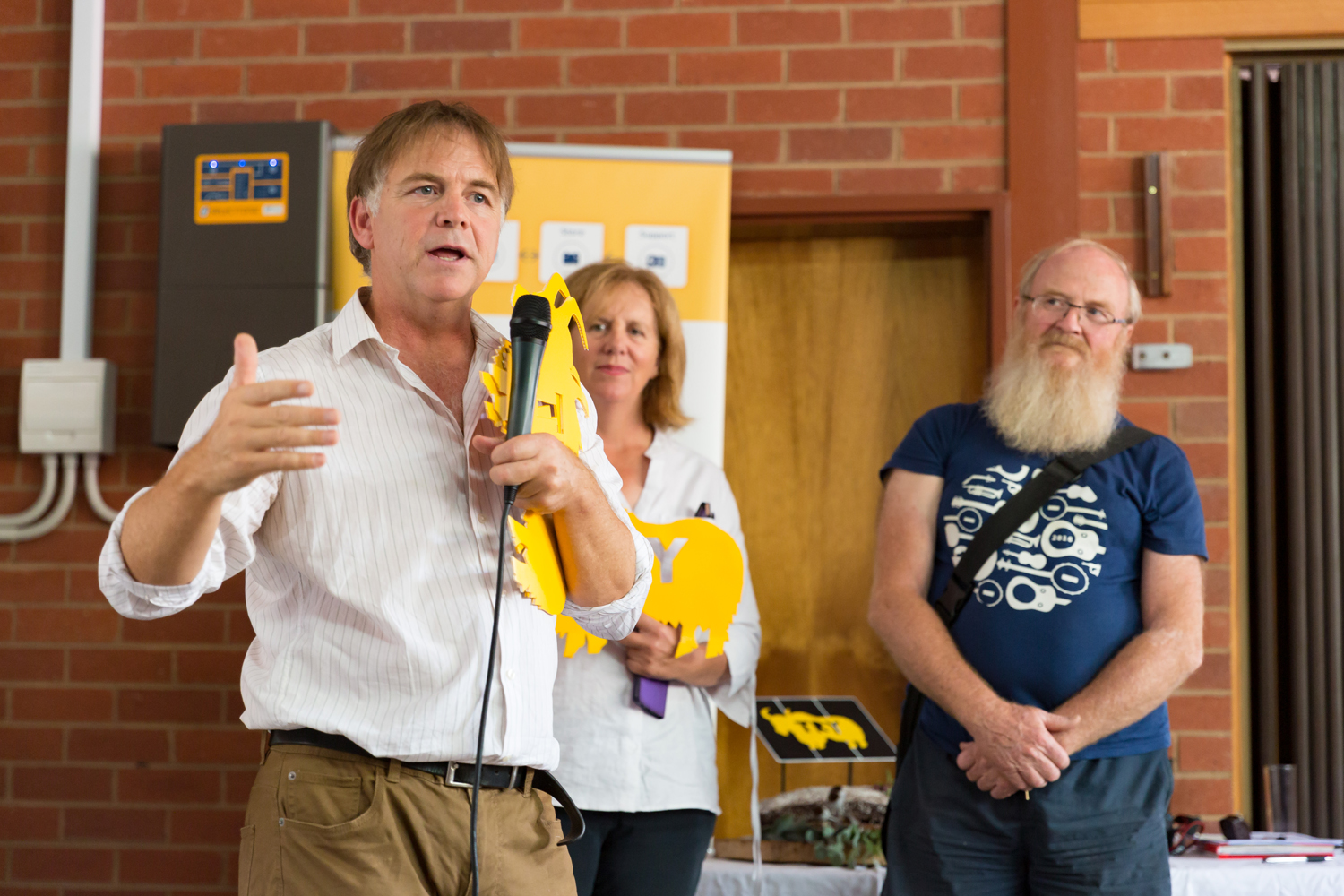 What does a determined community, lots of solar, and a renewable energy dream have in common? Victorian Australian of the year award nominee, Matthew Charles-Jones!

Whichever way you say his name – Matt, Matty, MCJ – there’s normally only one thing on his mind – the progression of renewables and the energy empowerment of local communities and businesses.

Founder of Totally Renewable Yackandandah, a group with the goal of reaching 100% renewable energy by 2022, Matt has worked tirelessly not only for his own community but for communities across Victoria. For many, his nomination in the local hero category is well deserved, however, Matt maintains that it’s been a team effort.

“It’s an honour to be nominated for sure”, Matt said, “but it truly is the work of an entire community. I’m proud to have been part of the group to get the ball rolling, and I’m proud of what we continue to achieve.”

What started as chat around the campfire has resulted in a town with one of the highest rooftop solar densities in Australia. Furthermore, Yackandandah mini-grid participants have collectively saved nearly $500,000 on energy bills – a huge feat for a small town with a big dream.

“In many ways, there’s a community outside the community too”, Matt said, “We’ve had amazing support from local councils, state government, and organisations like Mondo, who have been instrumental in supporting our journey towards 100% renewable energy.”

We know Matt will continue to fight the good fight for renewables and we wish him the best of luck tonight!

Packed to the rafters